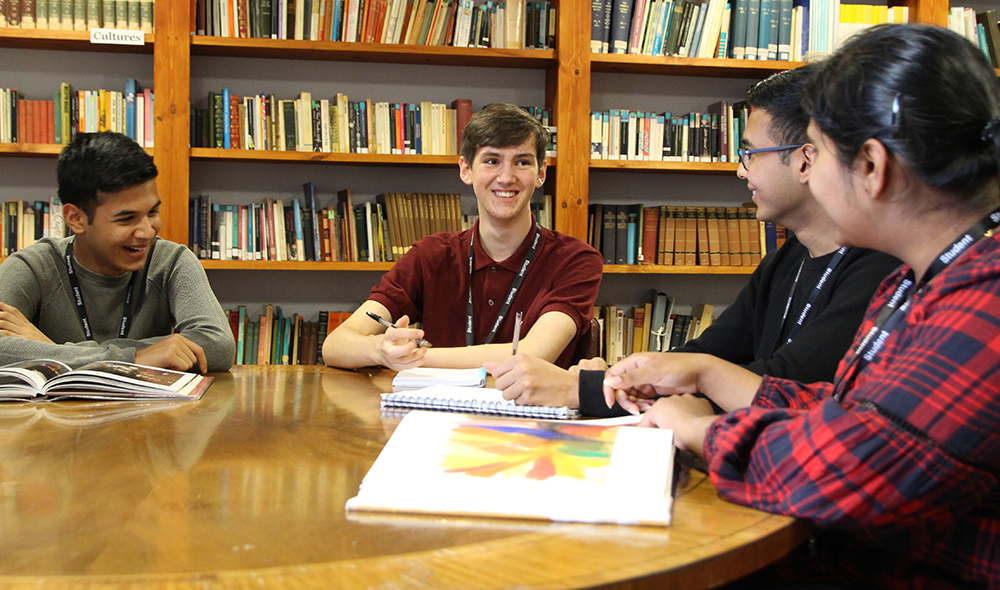 Physics is crucial to understanding the world around us, the world inside us, and the world beyond us. It is the most basic and fundamental science, challenging our imaginations with concepts like relativity and string theory, and it leads to great discoveries like computers and lasers, which change our lives. On the A Level you’ll study everything from stellar astrophysics right down to particles and radiation.

A1 consists of a variety of topics:

Particle Physics is all about the topical area of the fundamental nature of matter and what it is made of, and will give an insight into the type of experiments being carried out at, for example, the Large Hadron Collider. We also look at basic quantum phenomena and radiation, and end with discussing whether we can really distinguish between waves and particles at all. The Mechanics section covers

At A2 you will study Mechanics in more detail, including circular motion, vibrations and resonance. We also look at the whole idea of Fields and their consequences, namely gravitation, electric fields, capacitors, magnetic fields, electromagnetism and AC electricity. The rest of the course consists of Thermal Physics, Nuclear Physics (radioactivity and nuclear fission and fusion) and Astrophysics, which covers telescopes, properties of stars, detection of extra-solar planets and cosmology. Skills in practical physics and data analysis are developed throughout the course and are tested in the written papers at the end of the year.

Why study Physics?
Physics is crucial to understanding the world around us, the world inside us, and the world beyond us. It is the most basic and fundamental science. Physics challenges our imaginations with concepts like relativity and string theory, and it leads to great discoveries, like computers and lasers, that change our lives. Physics encompasses the study of the universe from the largest galaxies to the smallest subatomic particles. Moreover, it’s the basis of many other sciences, including chemistry, oceanography, seismology, and astronomy. Our results have been well above the national average for the last five years and are among the best in the country. You will be taught by dedicated and enthusiastic teachers, qualified to PhD level, with experience of working in industry and academia.

What else can you do on the course?
In recent years, trips have been organised to the nearby Jodrell Bank and Keele University. Last year, as part of the Honours programme, A1 Physics students attended practical sessions and lectures at the University of Lancaster, and benefitted from visiting lecturers from Lancaster and elsewhere giving presentations on topical research.

Read more
Entry requirements
Typically you will need 5 GCSEs, including two at grade 5 (or above) and three at grade 4 (or above) including maths and English. You will need Grade 5/C (or above) in GCSE Physics or 55/CC (or above) in Core and Additional Science.
Next steps
Studying Physics can be a springboard to a number of careers and our students have progressed to Astronomy, Dentistry, Engineering, Forensic Science, Medicine, Sound Recording, Veterinary Science, Finance and Weather Forecasting (on BBC TV), as well as Industrial Research and Development.
Fee information
£2225.00